-TRAFOTECH is one of EGYTRAFO’s Group Companies, based in Mekelle — Ethiopia established in 2013

-All products according to IEC standard and are KEMA certified

-Including MV Ring main unit, LV circuit breakers as well as their transformers. (With a different KVA rating according to customer requirements)

-Aside from the production lines, TRAFOTECH extended its services to Maintenance and repair all types of transformers even those produced by others

-Our objective is not only targeting the Ethiopian market, but also penetrating markets of the surrounding countries 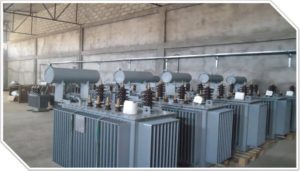